How SoX helps me about tinnitus issues 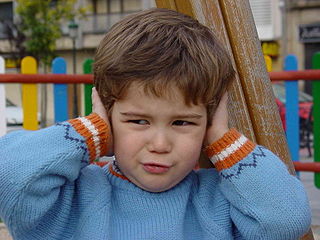 Tinnitus (“acouphènes” in French) is a f*cking disease, and could be really disabling.
We, most of the time, inwardly judge whether someone is able to do something (or act as required) by its physical capabilities (a guy sitting in a rolling chair, a woman with a blind cane, an excited child with behavioral issues, etc.).
Beside, there are all the problems we don’t see, but know and heard about sometimes, like back and head aches or arthritis, mostly from our parents’ or grand-parents’ generation.

BUT, sometimes, and that’s very unfortunate, “young” people suffer from some of these (and guess what ? That’s partly my case).
Between 10 and 20% of the population are concerned by tinnitus, continuously, or periodically (you should lower your music volume

Tinnitus are a nightmare. If they could kill you, I would have named them as a sort of “cancer”.
If they were visual, they would be some guys keeping your eyes open at night with lasers directed right into your pupils.
If they were a smell, they would be hydrogen sulfide coming from generators right in front of you, all day long.
If they were a feeling, they would be some lighters right under your feet, scorching your skin until it burns.
But they are just sounds, and it happens that people kill themselves due to them… So now, you may wanna read again the second sentence of this paragraph.

Tinnitus may prevent you from working, from sleeping, even sometimes from thinking.
They could lead you to sadness, or even depression.
With them, you just can’t enjoy emptiness and calm of the night (or empty spaces), because you don’t know what is void (anymore).

This is one of the domains in which doctors still don’t know how to treat them, despite the fact that research have been leaded for years now.
If you encounter a website or someone telling you that a pill (or whatever) can do the job, congratulations, this is a quack.

So you can’t heal from it, but it does not mean that you can’t do a thing about it.

Most of people who have learned to live with them perform some “white-noise” sessions.
The idea is to “fill” your ears with some relaxing (or almost-relaxing) sounds, that are above the “parasites” you hear.

Of course you could listen to some music, but it may occupy too much your brain, and you might wanna keep it “relaxed” or focused on something difficult.

There are plenty of resources all over the Internet to help you dealing with them, but I wondered if we could generate something directly from our hardware, instead of streaming something and thus generating useless network activity (wow, such a transition

SoX (Sound eXchange) is a cross-platform free and open-source Swiss-Army knife for audio conversion.
We can also use it to generate some frequencies, and thus sounds, as we want them to be.

… and that’s good news, ‘cause we precisely wanted to generate some white-noise-like sounds !
Additionally, it’s important to keep hacking things (

So this is what you can do :

Now, you may start generating some pretty cool noises (please care not to higher the volume too much, it could be relaxing at first, but damaging on the long run…) :

For instance, the command above generates (indefinitely) a mix between “pink” and “brown” noises, much more pleasant than a raw “white” noise.

‘hope you enjoyed this article. It has been a long time since the last article, but I wanted to share something so here it is.

This post would be nothing without answers from the StackExchange community, so thanks to their authors too.